Read more stories here. Does it hold up in ? Warning: contains spoilers. Starring Jennifer Grey as oh-so-innocent Baby and Patrick Swayze as smooth-hipped Johnny, it has spawned smash-hit songs , countless movie quotes , and disastrous wedding dance attempts. Set in and released 25 years later, the film has endured in the hearts and left feet of would-be Babys. This was a progressive move for the late s, and foreshadowed a future where we would be able to talk much more openly about abortion.

After seeing Johnny dirty dance with Penny Cynthia Rhodes , one of the other instructors, at an after-hours staff party, she attempts to befriend the close-knit crew. One evening, Baby discovers Penny crying in the kitchen, and finds out the dancer is pregnant. An illegal abortion. In , all abortions were still against US law.

The rest is cinematic sexual-tension history. The film is set in the summer of Wade case.

That was rare for the movies—and for most Americans—at the time. I had a doctor on set to make sure [the description of the illegal abortion] was right. There was Roe v. He might have had my prominent chin; definitely a grin all his own. But my son would also have been unable to speak, walk, or possibly even think for himself. He would have had extra digits and a heart defect. My first child was conceived with Patau's syndrome - also known as Trisomy 13 - which affects one in 10, births. The condition typically results in death either before birth, at birth or in the following few days.

Jones on Moskowitz, 'The Haunting Fetus: Abortion, Sexuality, and the Spirit World in Taiwan'

Only rarely do people with the syndrome survive into young adulthood - but that has been enough to encourage my dreams. For over the years, I have allowed my imagination to run unchecked. I have seen him playing conkers, addicted to PlayStation, eating pizza - indeed, doing many of the things children do. Yet all this can only ever be conjecture and speculation, for I discovered my son's physical state while undergoing standard antenatal testing, and had a termination when I was 13 weeks pregnant, two weeks before the turn of the millennium.

It was an experience that has changed and scarred me in a way I could never have imagined.

Quite simply, this decision, and its consequences, has tortured me for the past nine years. I have been unable to talk about it easily, unless with a drink in hand, let alone write about the experience. I have felt so out of step with the rest of the world, where the validity of abortion is a given, and to admit to being uneasy about it seems to make you a traitor to any notion of sisterhood.

Haunted by my aborted son | Life and style | The Guardian

But also, crucially, out of an overwhelming and isolating sense of shame at my actions. Almost from the moment I awoke from the anaesthetic, I have deeply regretted it - whichever way I looked at it, it felt then and it feels now like murder. When I signed the consent form that permitted staff to perform a termination, I killed my first child. Because he would have been born disabled. What a terrible admission that is.

Although I suspect a few other women may be quietly nodding their heads in recognition - perhaps carrying a similar painful secret of their own - I'm not sure the majority of people will understand or sympathise with me indeed, I do not expect them to. Some will find my action abhorrent. Meanwhile, there are those who do not approve of anyone criticising abortions.

But the real issue is that ordinary society has changed in its attitude towards disability. After all, antenatal testing and its consequences is now so commonplace and standardised that when it was revealed last month that a new blood test has been developed to detect Down's syndrome - the most common form of trisomy- the news was greeted with seemingly universal delight.

The undoubted advantage of this new test is that significantly fewer women will endure invasive procedures; either amniocentesis or chorionic villus sampling CVS. In fact, recent research published in the Down Syndrome Research and Practice journal, and screened on Channel 4 News last month, suggests that in detecting and preventing the birth of babies with Down's, healthy foetuses are lost each year, although this has not been confirmed by any independent study.

A new blood test does sound like an excellent idea. But what no one seems to address is what this test is really there for. The orthodoxy may be that it is there to educate and perhaps prepare a couple for the possibility that the future of their family will not be as they envisaged.

But anyone who has been given a result from antenatal testing that differs from the norm knows that the medical and societal expectation is that the pregnancy will be ended. Why give birth to a baby that is not "perfect" this time, when you might be "lucky" next time? According to Dr Lisa Bridle, a disability ethicist: "Testing is presented as not only benign and unproblematic, but also as fulfilling responsible pregnant behaviour. Alongside this construction of prenatal testing as 'beneficial medical advance', disability continues to be constructed in wholly negative and prejudicial ways.

Bridle has said: "There is an implicit message within the goals of prenatal testing that society believes that raising a child with disability is such a grave burden that it is both morally correct and medically appropriate to take expensive measures to ensure that such children are not born. Early testing is sought to avoid the difficulties of late terminations. However, earlier testing and multiple, periodic forms of testing also emphasise the importance of detecting all affected pregnancies and further entrench a consensus that the rational response to a positive prenatal diagnosis is termination.

The popularity of antenatal testing is undoubtedly due to fear as much as a sense of social responsibility. Few of us would undergo what are essentially nerve-racking tests in themselves were we not frightened of the unknown. And as disabilities become less common - due to increased numbers of terminations - that fear increases. My own situation began almost by accident. A friend suggested that when I was 12 weeks pregnant with my first child, I should take myself off for a nuchal fold scan at a private clinic in central London. The idea didn't seem to require much thought.

I was 34 and healthy; the pregnancy had so far seemed easy and was exciting. I had always been desperate to have a large family - and here we were, on the way. Nuchal fold testing was still in its relative infancy at that point - nearly 10 years ago - so I would not have been offered one by my own doctor. Any problem would have had to wait until the regular week scan, at which point a termination under anaesthetic would not have been possible.

Instead, the baby's heart would be stopped by an injection of potassium chloride, and labour of a stillborn baby induced.

The Story of a Government Shutdown, in 13 Figures

To me, in my gleeful hormonal state, it seemed a no-brainer. My then husband and I would head up to Harley Street that Thursday, see our cute little baby squirming on screen, get a picture to take away and then head off for some Christmas shopping - there were only a few days left. Almost as soon as we arrived at the clinic, that cosy festive mood passed. After a blood test, we were ushered into the consulting room, where a charming doctor covered my tummy in gel to ease the passage of her scanner, and pictures appeared on the small black-and-white screen that hovered to the side of the bed.

My husband and I may have been making the standard jokes to each other about who the foetus resembled, but we quickly noticed that our doctor was not joining in. She was quiet and focused, noting down numbers. But then she sat us down, and - consulting the blood test results that had come back very quickly - said: "Statistically, you've a one in four chance of serious life-threatening abnormality.

I'm certain you are that one.


Nine years later, I can still hear the scream I let out. Then I can remember biting my hand; I didn't want the other mothers waiting outside to hear me and be scared for themselves. We were advised to return the following day, when a leading professor would offer a second opinion. Twenty-four hours later, the scan played out the same way.

Now I could hear the professor using words such as polydactyly and holoprosencephaly - he told me he could see on screen that my child had extra digits on its hands and feet, and that its forebrain had not divided in two.

All I could see was my dearly wanted baby, kicking and wiggling just like any other foetus. I was torn between staring at him, and not looking at all, imprinting him on my brain and wanting to forget. The doctor performed a CVS on me, the test to identify Down's and other possible abnormalities. Tears rolled down my face over and over. The professor then kindly told me that although he was in no doubt that my baby had either Patau's or Edwards' syndrome the latter is also known as trisomy 18, as that is the number of the affected chromosome, but the effects are similar to Patau's , he would send off the placenta sample for examination and the results would be back early next week.

He did suggest gently that I book an immediate termination - before the results were even due - as Christmas was just over a week away, and it would be my last chance before new year. As I was already 12 weeks pregnant, waiting any longer would mean enduring labour, not a "neat" termination under general anesthetic. I felt confident that he was right about the trisomy, that misdiagnosis was impossible. It sounds naive but what nobody told me, then or later, was that not everybody terminates such a pregnancy. 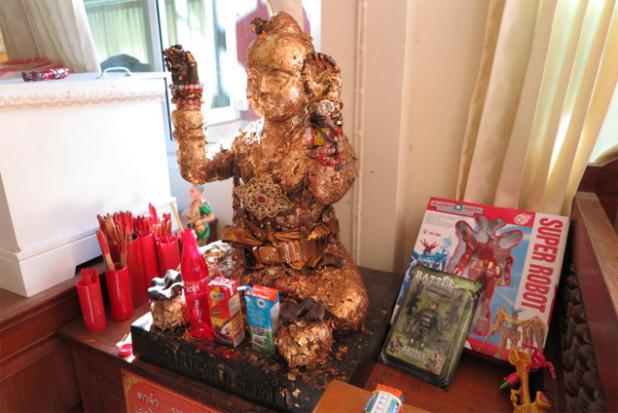 I could have gone on and carried the baby to full term. The baby might even have survived for years - albeit with a serious and life-limiting set of disabilities. Instead, I watched numbly as the clinic secretary arranged through my GP's practice for a termination three days later at our local maternity hospital.

I tried to speak to my GP, whom I had known for more than five years, but she made it plain she had no time to discuss it - for what reason, I still don't know. Was it because I had gone to a private clinic or because she disapproved of terminations? Or was it just because it was a Saturday morning and she couldn't be bothered? It left me feeling worse - alone, scared, unimportant and filled with guilt.